Kids for the most part are shy, right?  I know I was.  We had friends over last night.  As soon as the girls heard them they ran for shelter.  It took them a good hour to get out from under the piano.

Sometimes our girls are shy.  Mostly when men are around.  Melissa always says, “I hope it lasts for another 15 years”.  I’d have to agree, haha.  Though I really don’t want the girls to be shy.  Melissa and I aren’t so we figured they wouldn’t be.  I just hope that ultimately they’ll grow out of it much sooner than I did. 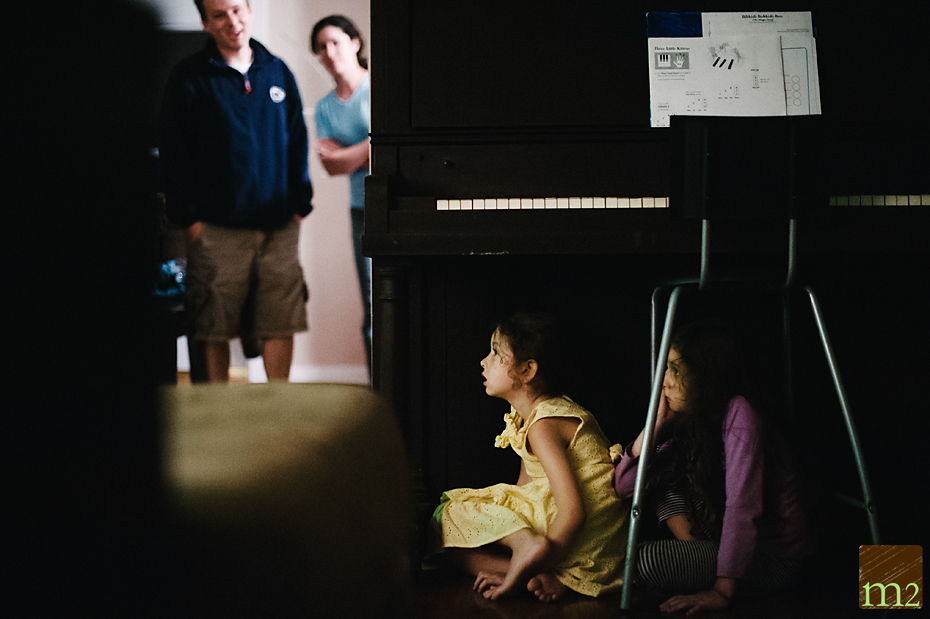 One response to “They’re shy”