The curse is BROKEN!!  Yay!  For the last 5 years, every birthday party I had planned, it has always rained.  Sometimes it would rain in the morning and not necesarrily during the party, but it would rain enough to leave the ground wet and muddy.

Sometimes it would rain and rain hard during the entire duration of the party.  It all started with the baby shower when I was pregnant, it continued with their christening party, and continued thereafter with each birthday party.  It seemed as though, I had the worst luck in planning any type of party.  However, this year, I decided to have the party at our new place, far away from my parents place (where we normally would have their parties).  It seems as though I wasn’t cursed all along, just the location =0)  It turned out to be a perfect day.

Last year, I planned the girls party for 6 months (yes, 6 months to plan two 4 year old’s birthday party…I’m crazy, I get that).  This year, we bought a house, had a busy winter, and a very busy April.  The only thing that we had planned was the theme and the invitations.  I asked the girls in February, what type of party they wanted and they said they wanted a tea party birthday.   I was like “okay…yeah, I can work with this, I can make this pretty cute”.  A couple weeks later, Bella says to me at breakfast, “hey mom, wouldn’t it be awesome if we had all of our friends dress up in their favorite Halloween costume for the tea party?”.  I wasn’t sure really how to respond, but I said we’d talk about it.  Just after that, Ava says, “mom, wouldn’t it be great if we had a clown at our Halloween tea party birthday?”!  At that point, I had to draw the line and show them some pictures on pinterest…I had to get them on the same page, they needed to see my vision, haha!

Once I mentioned dress up station and serving tea (which was actually water), they were on board.  It didn’t take much to convince them to leave the Halloween costumes and clowns at home.

The saying goes “It’s not a tea party until someone’s crazy”, well I have plenty of crazy in me, especially when it comes to planning parties.  I enjoy doing crafty things, I become a nutty perfectionist while doing them, but there is a peacefulness to it.  I love shopping and I love details, in order to get those details, I had to do a little shopping =0)

Below are some pictures from their party.

Thank you to my wonderful friend Maria for helping me decorate the teapot cookies, in the dark, while the power was out ! 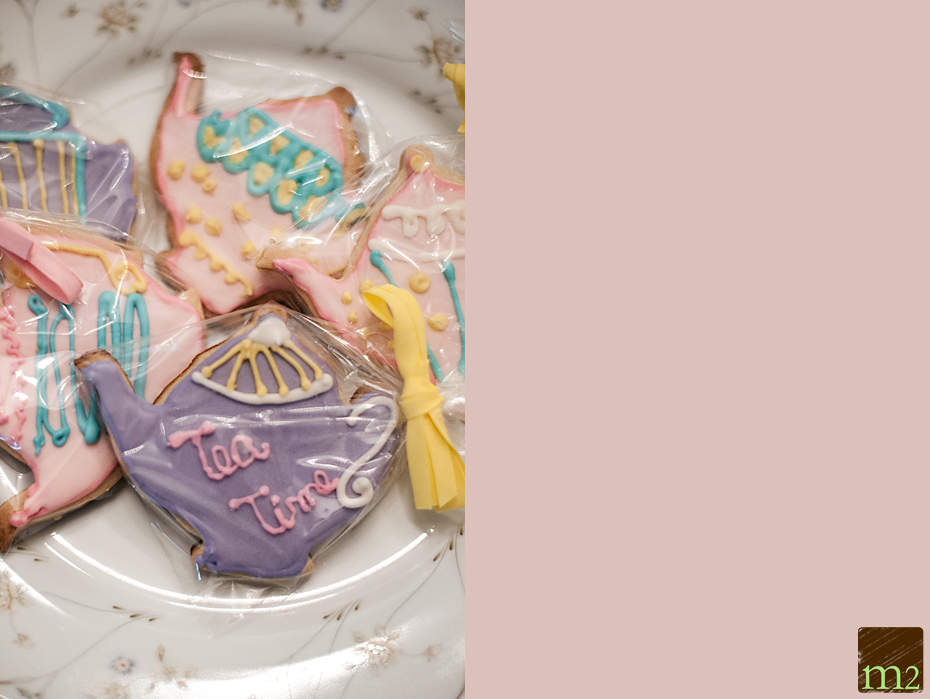 The bouquets were made of many many cupcake wrappers, pins, and hot glue.  They are pretty easy to make, but took more time than I anticipated. I also burned off all my fingertips. 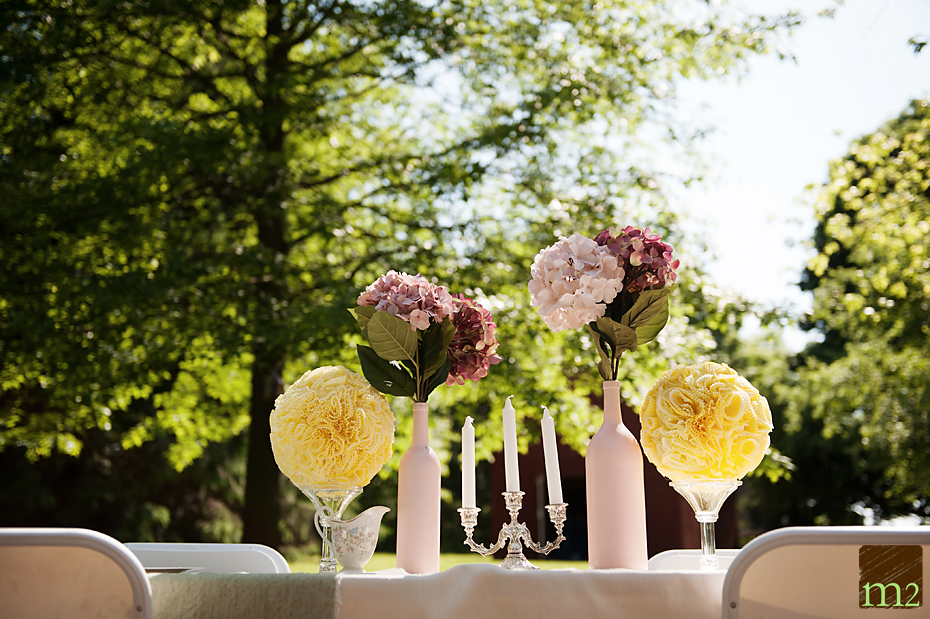 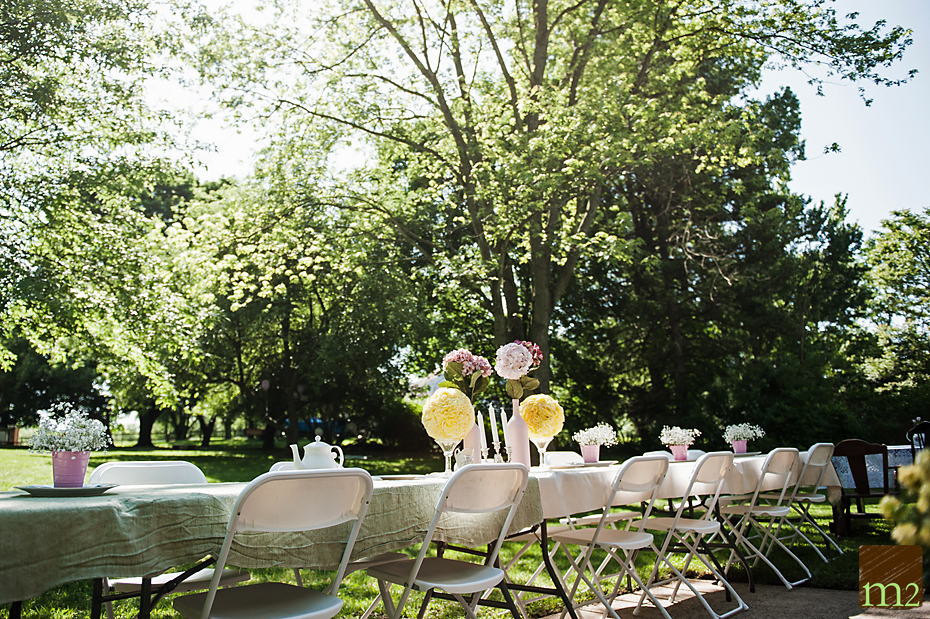 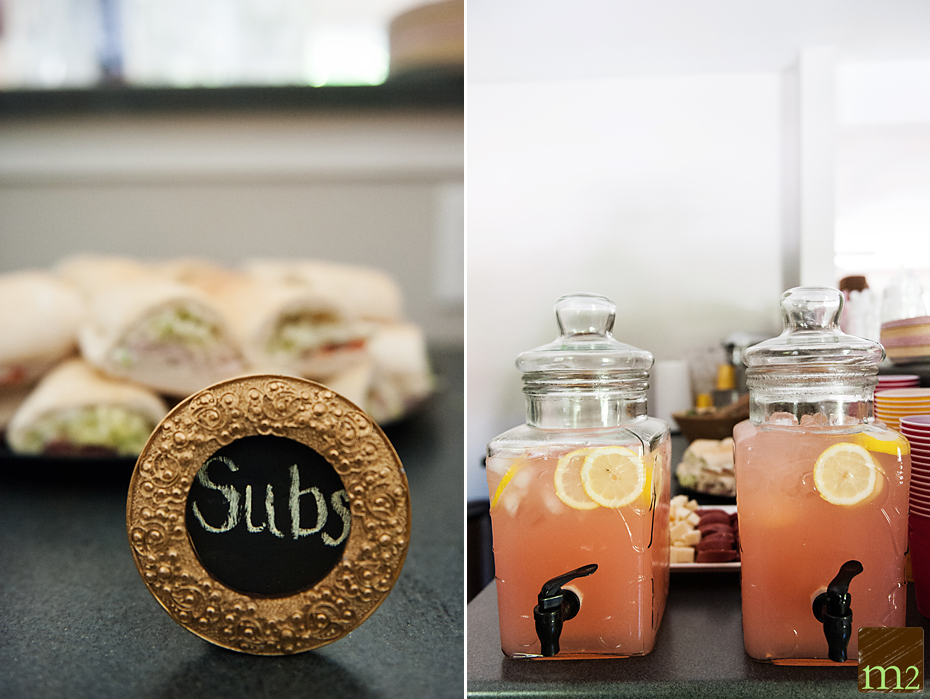 I love me some Jimmy Johns! 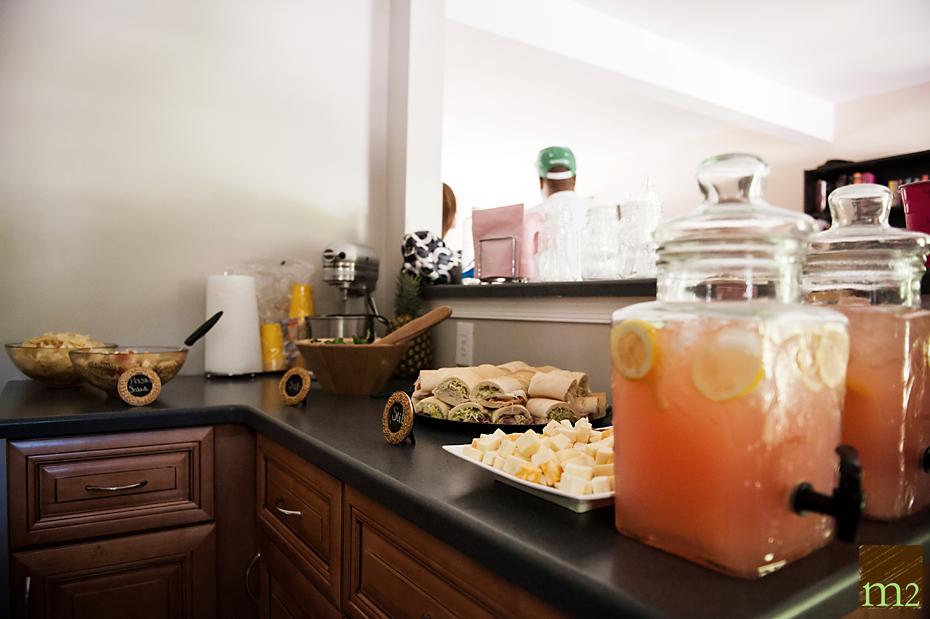 The dress up station with fancy hats, purses, and jewelry.   The boys had no interest in tea time, until the girls verbally kicked them out of tea time.  At that point, they wanted in, haha. 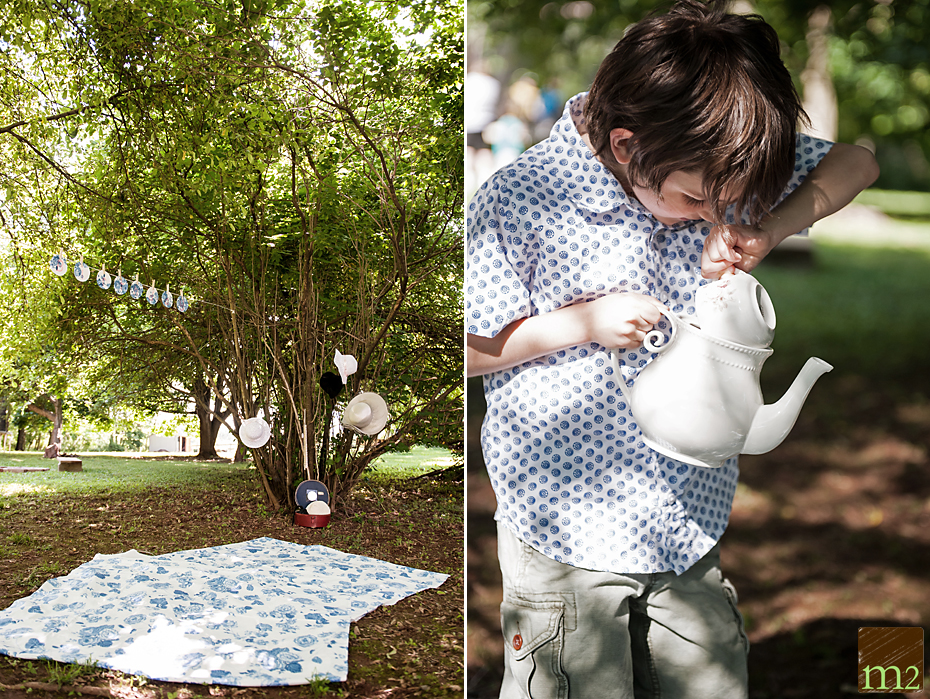 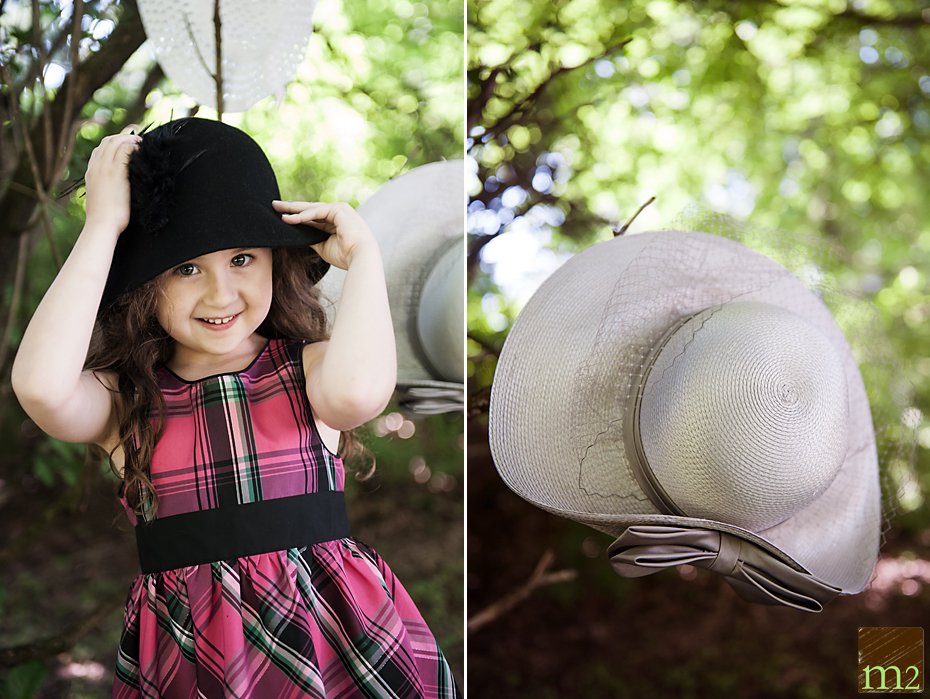 Tea was served at 4:00 =0)  The girls were so cute with the dress up station.  Thanks Sharon for all the fancy hats!  They were perfect! 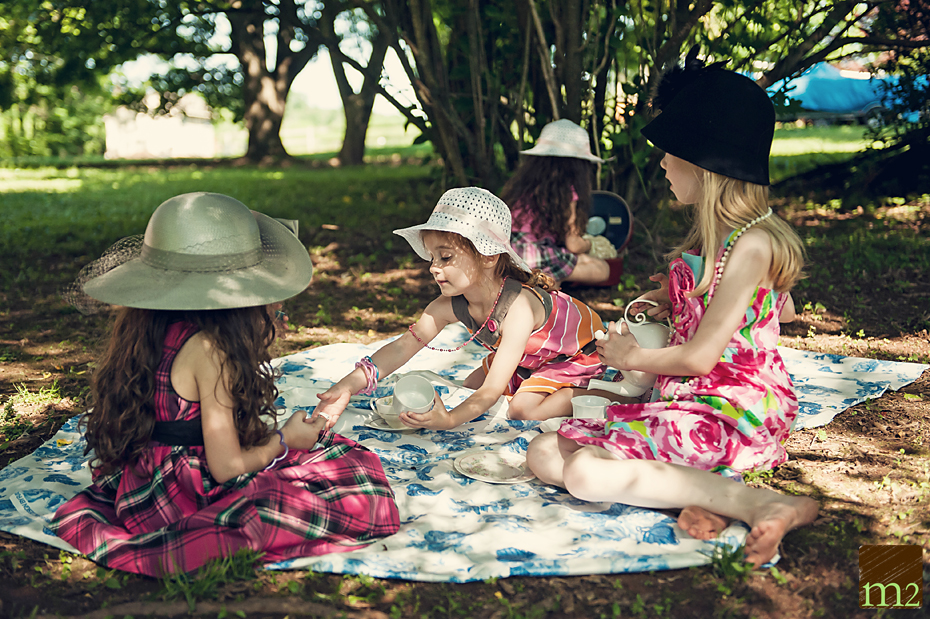 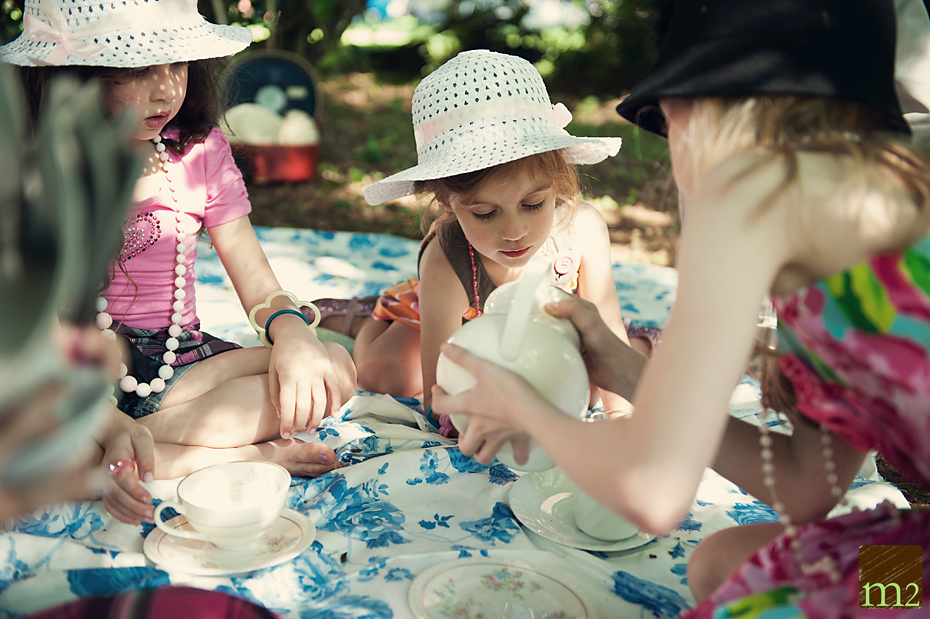 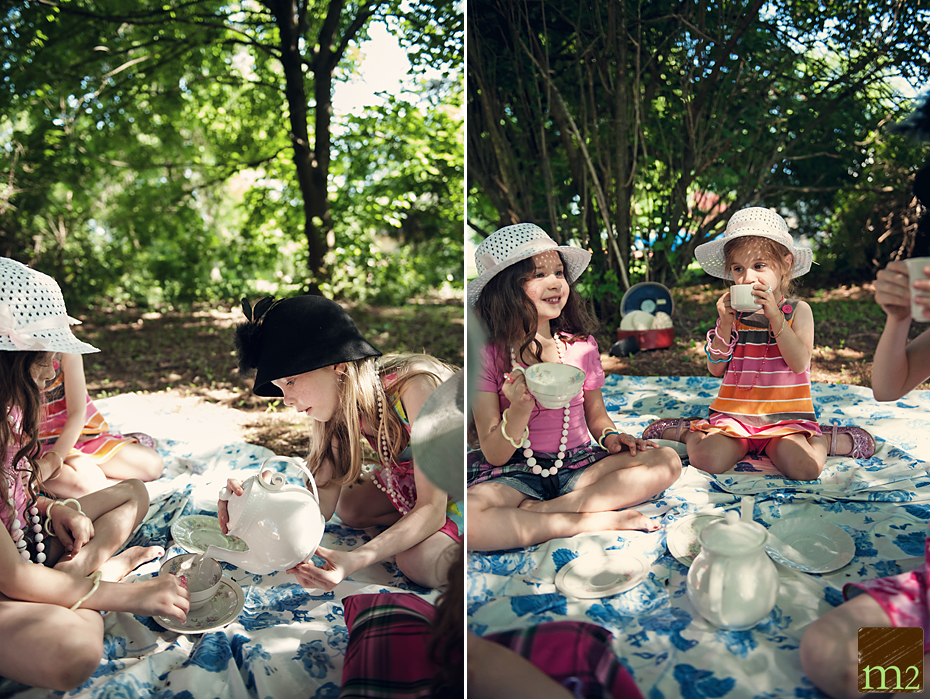 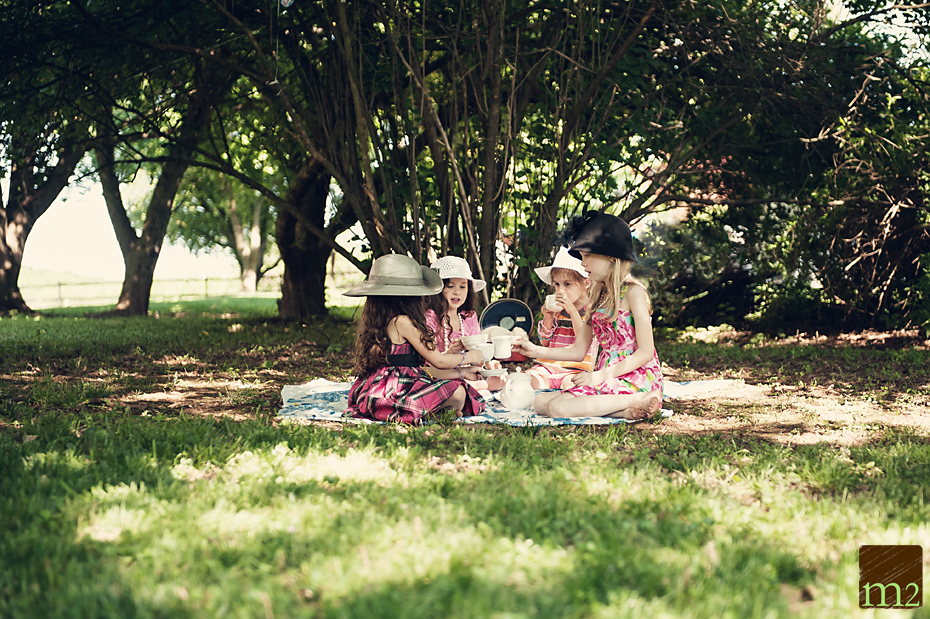 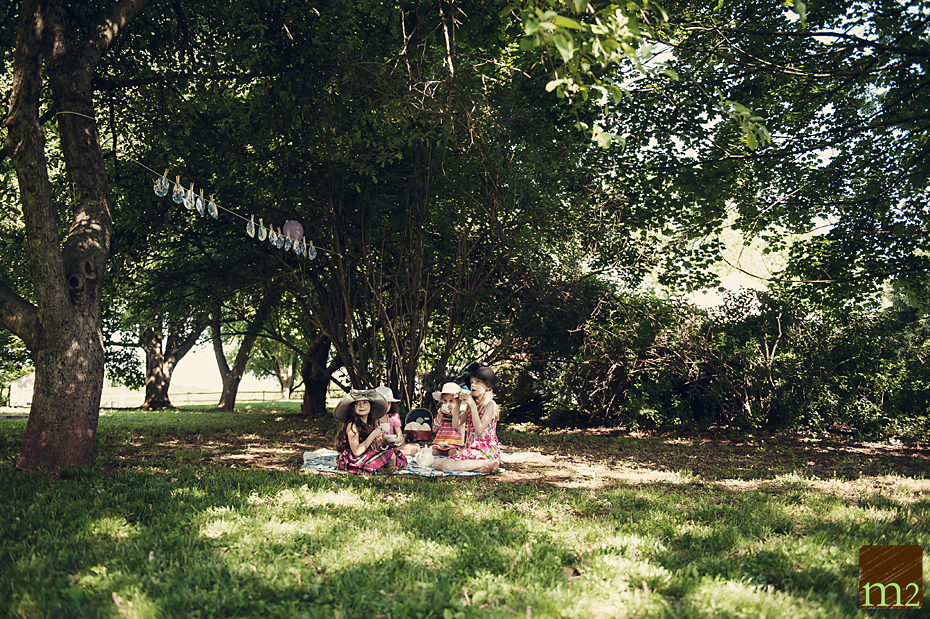 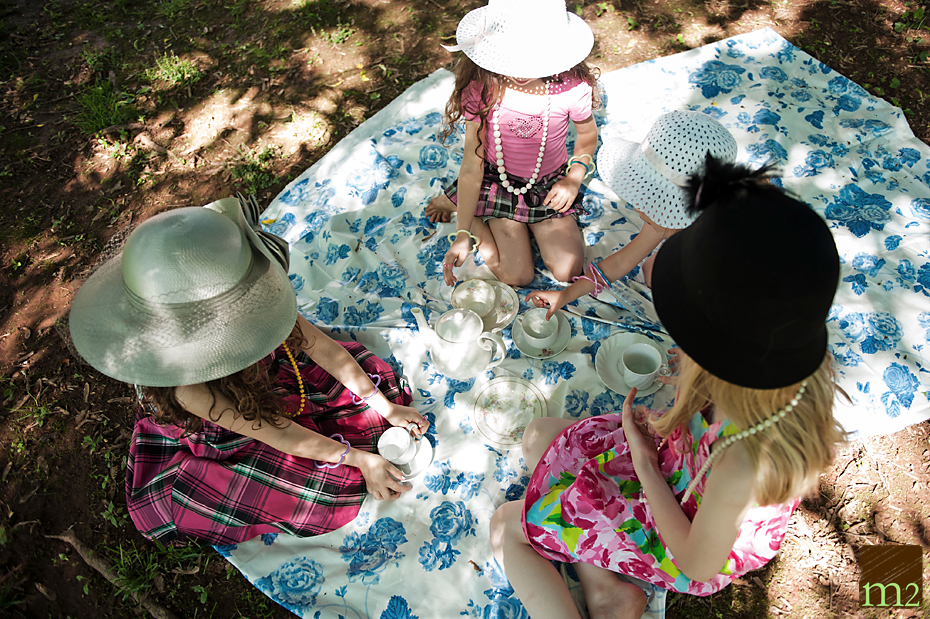 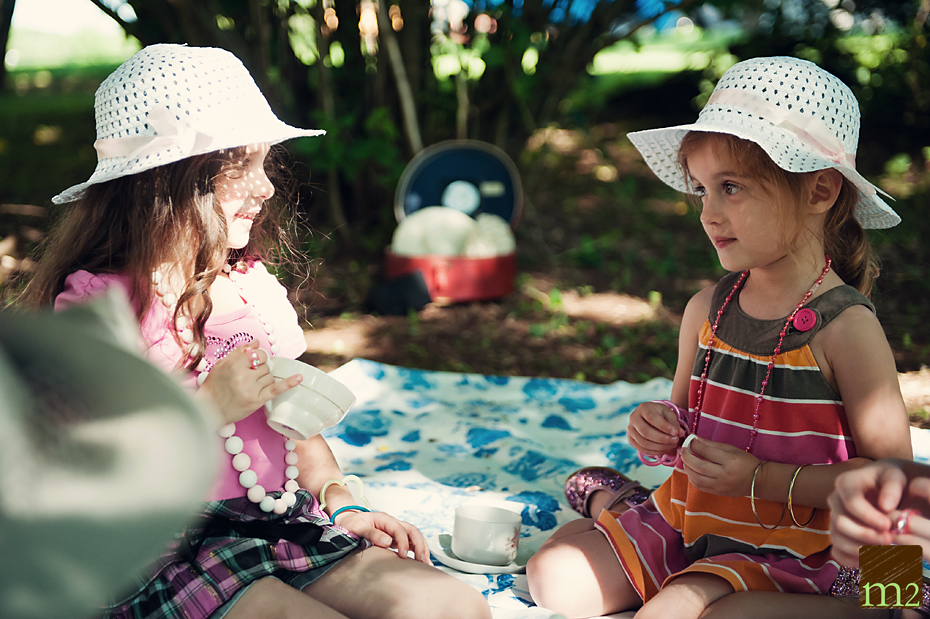 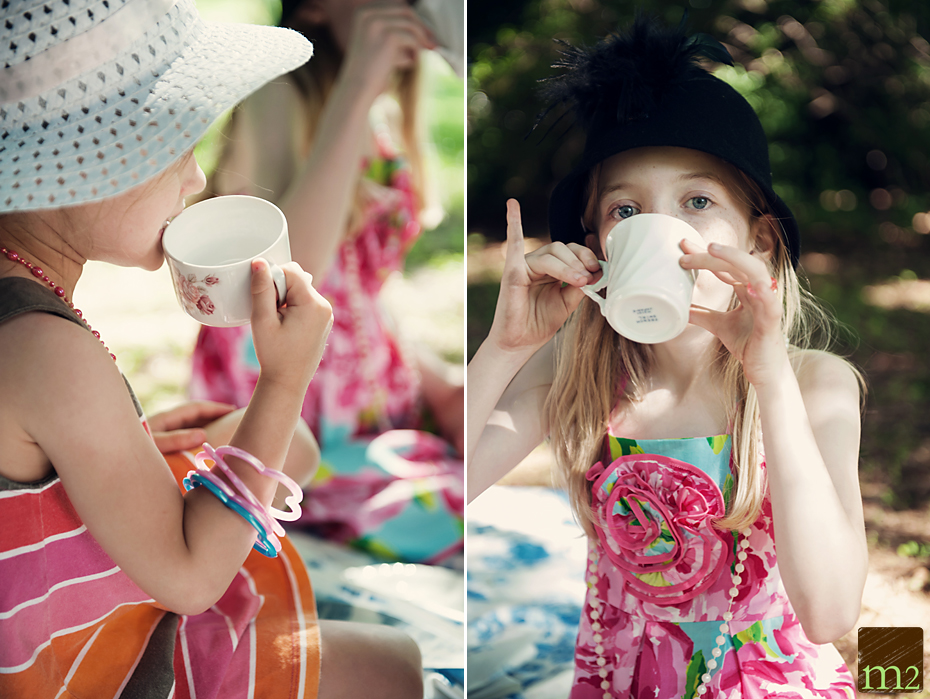 Ombre birthday cakes and a candy bar.  Yummy!  Like every year, I go a little overboard with Ava & Bella’s birthday parties.   This year was much worse thanks to Pinterest.  Our house during the planning time is a complete disaster.  This year, I made the cakes and the cookies, however I am a very messy baker.  At one point, I had icing and powdered sugar everywhere.  There was powdered sugar in places where powdered sugar should not be.  That’s just how I roll. 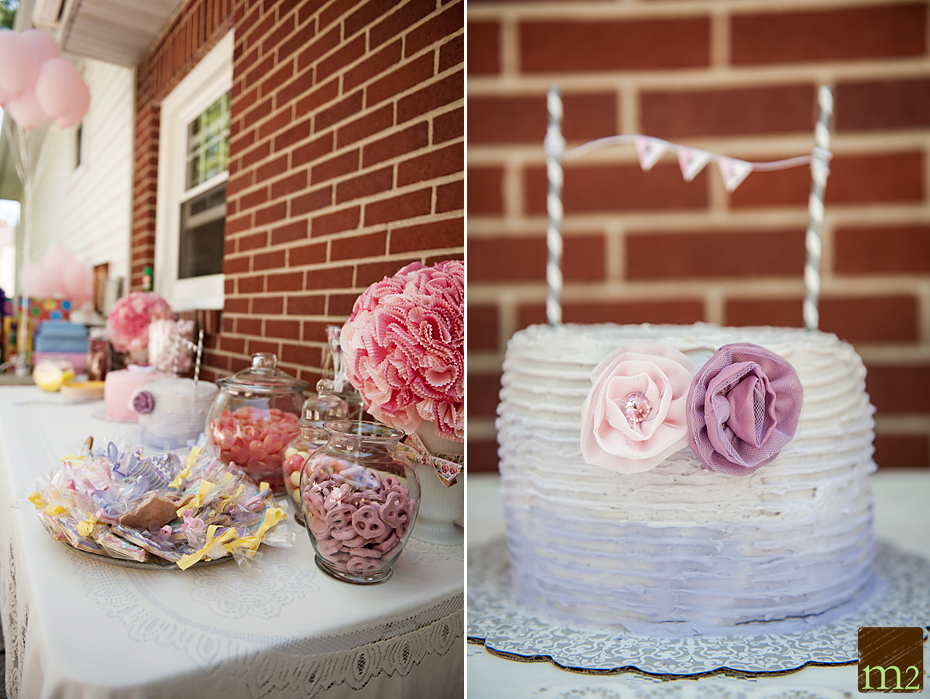 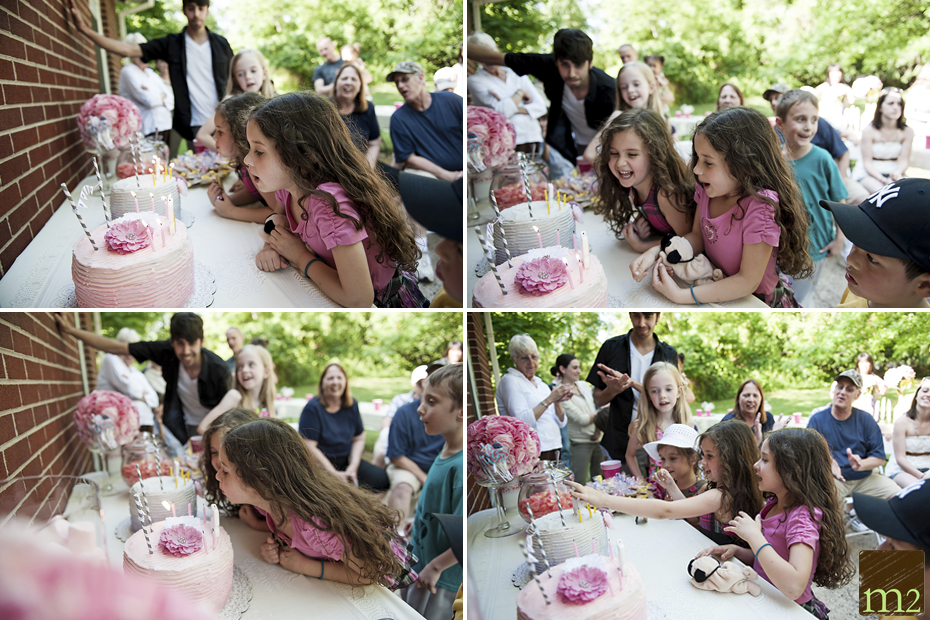 Bella kinda stinks at blowing out candles, lol.  She blamed it on her loose tooth, which she lost today. 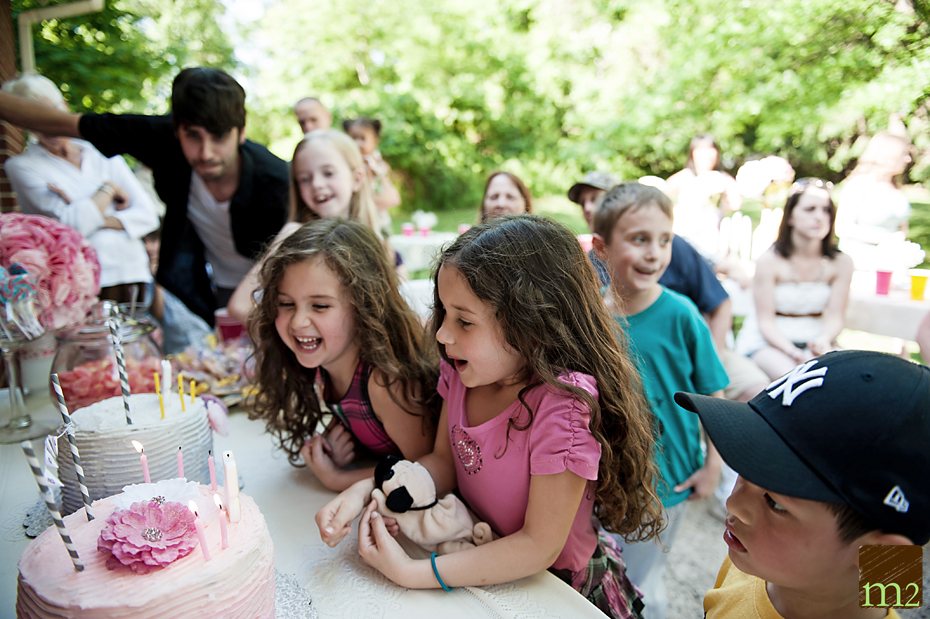 Would you prefer pink vanilla or purple vanilla? 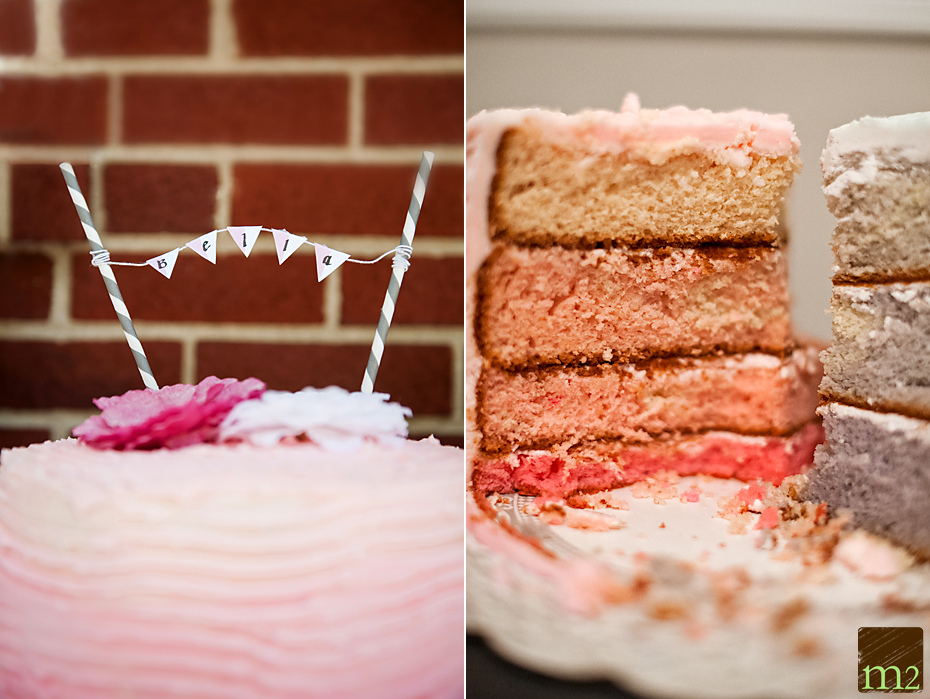 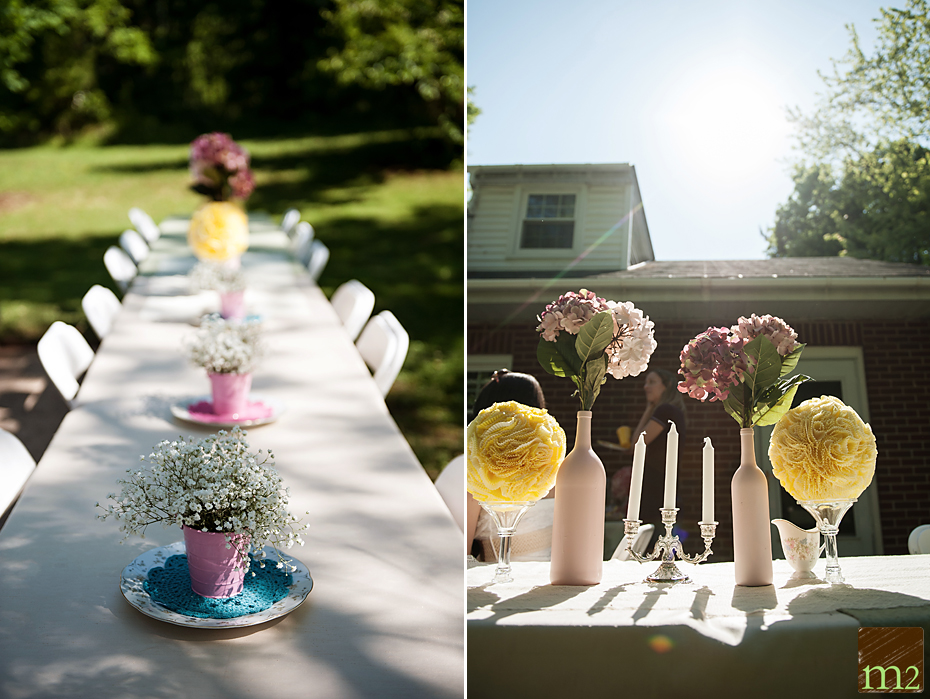 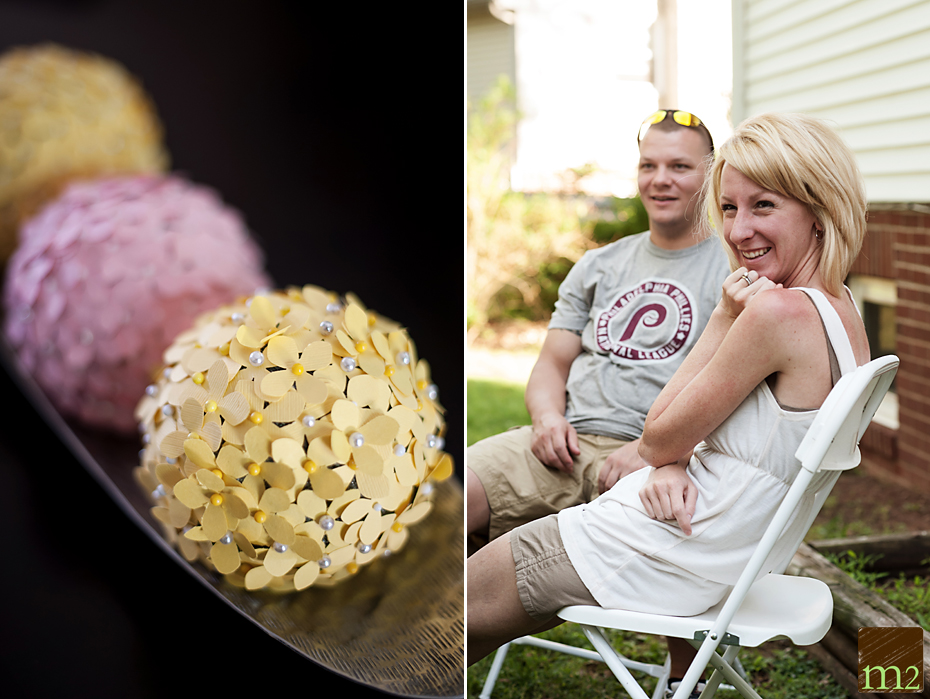 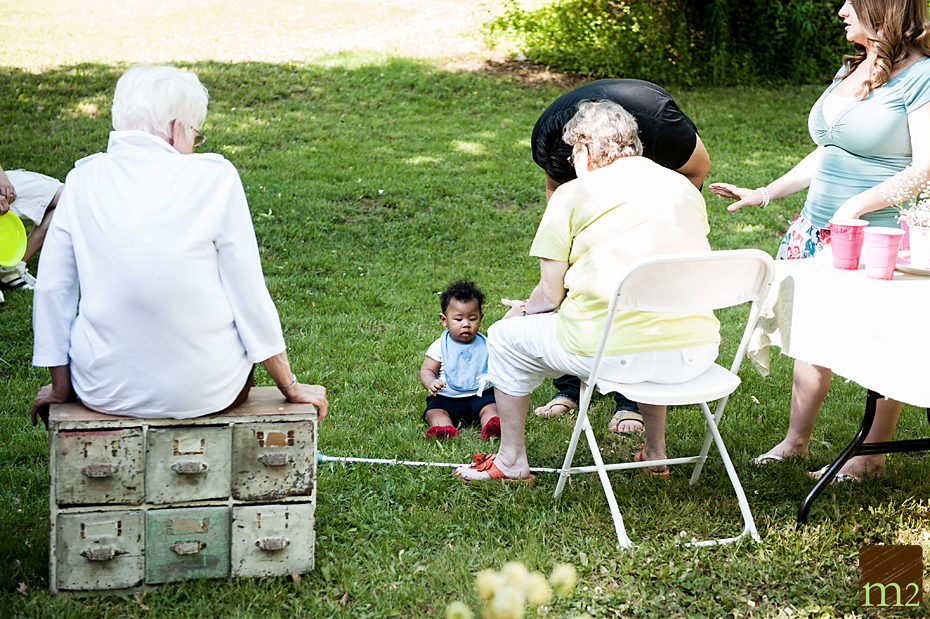 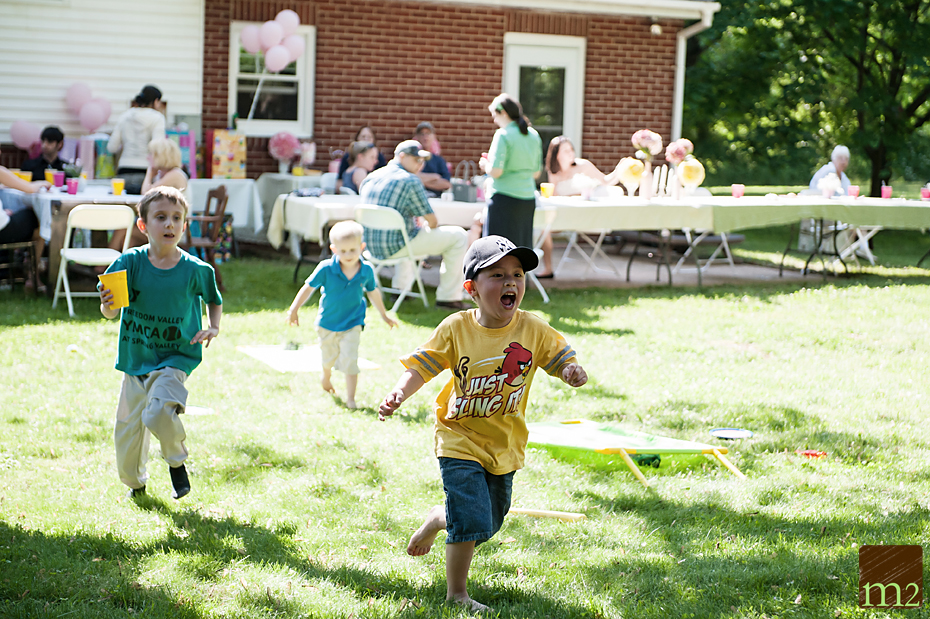 This is my niece, she’s pretty awesome!  The dress-up station was a total hit with her.  She has a lot of mixed matched awesomeness going on.  However, she really needs to work on her safe driving methods.  I think this was even after she hit the tree dead on (poor Ayden who was forced to stay seated in the jeep, haha). 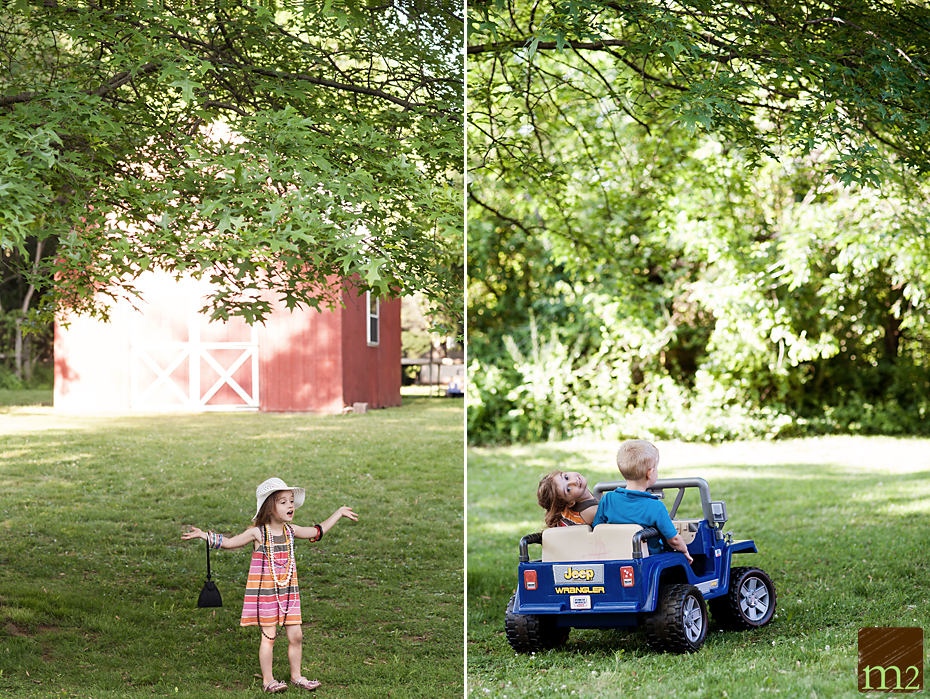 Check out this fro-hawk!  Liam is our nephew, adorbs! 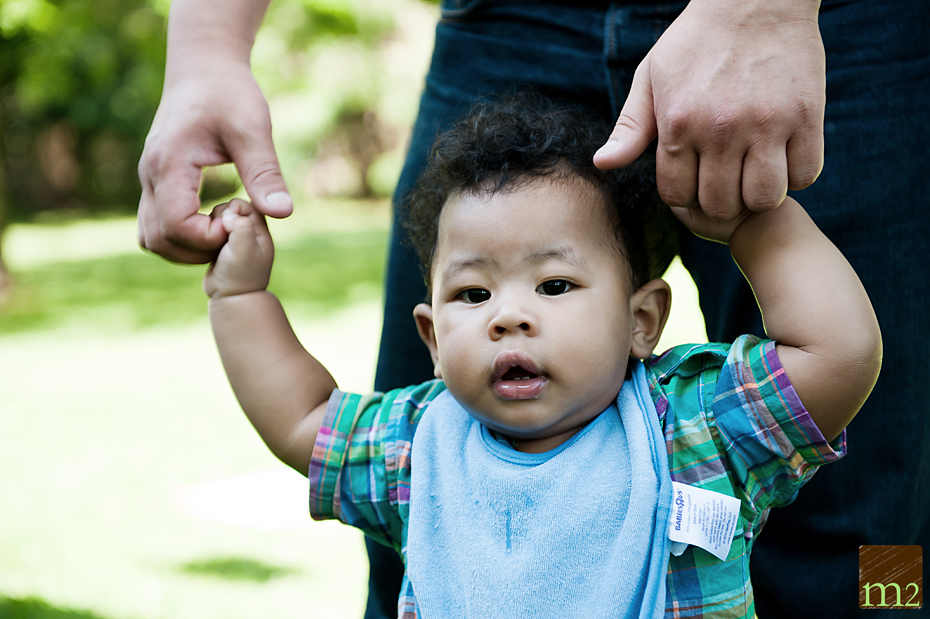 This is the picnic table that Michael made. Who would have ever thought he was so handy with tools and wood? 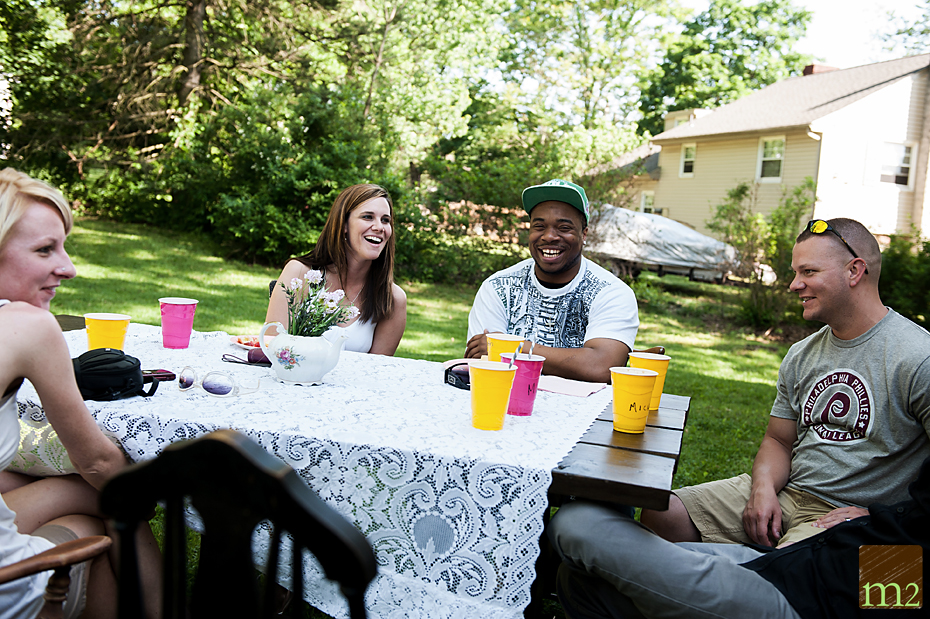 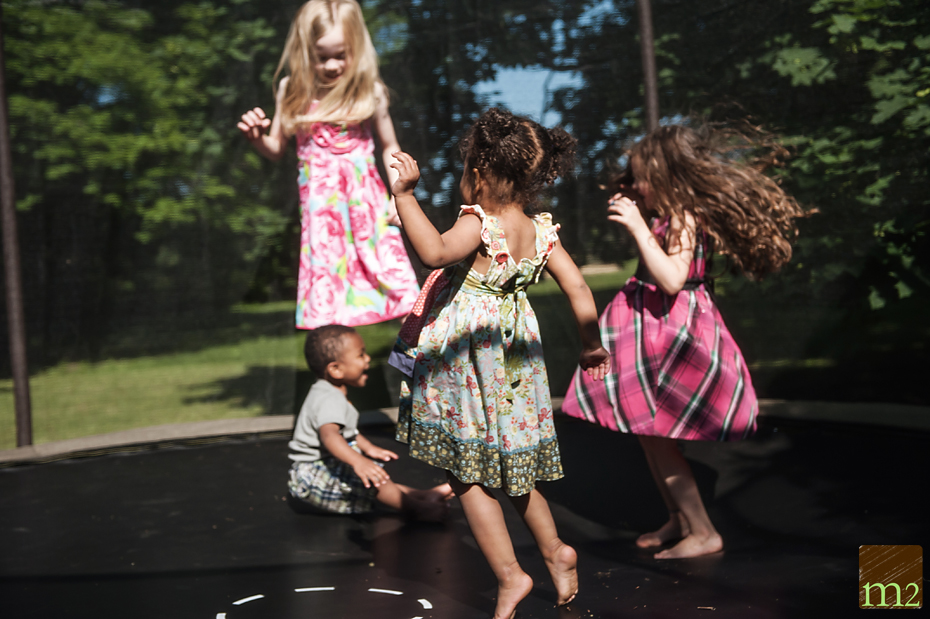 Meet my two bestest friends since the 3rd grade. 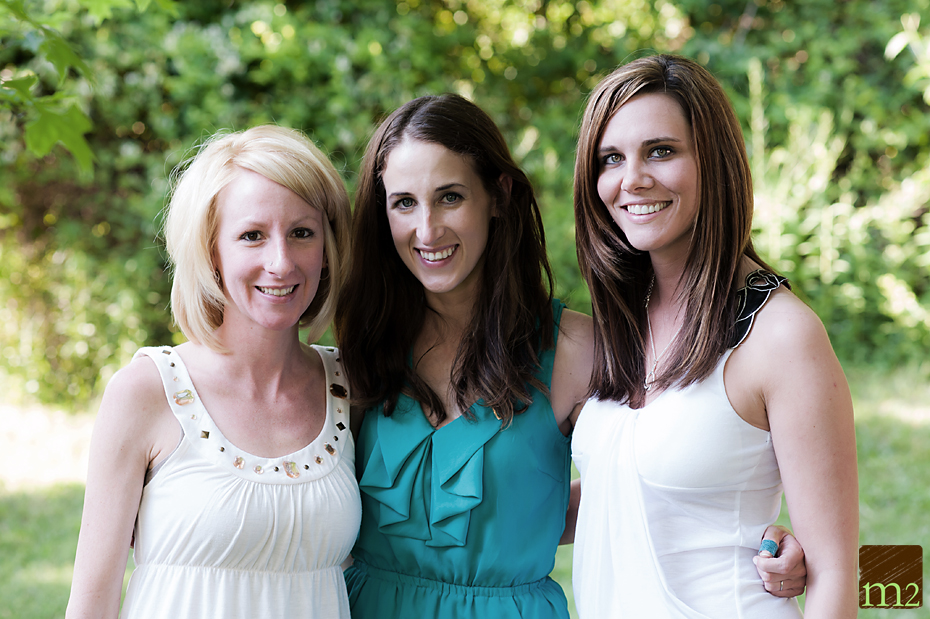 I know this picture doesn’t exactly fit, but I thought it was funny.  They really wanted to open their presents during the party.  We decided we would just wait until everyone left to open the gifts.  They were not happy about that!  I wanted them to enjoy the time with their friends and family.  Some of the people we don’t see very often.   Also, I know how kids are, they all love to open presents…which would result in everyone getting a thank you card for something they didn’t buy.  The thought was good in theory, but even when they opened them after the party, things got messy and some of you may still end up with a thank you card for something you didn’t buy, lol….sorry in advance.

After all the presents were unwrapped, Ava just sat there in the thick of the chaos, while Bella was trying on her 3rd dress.  She looks a bit tired and a bit miserable.  It was way past her bedtime and she was most likely miserable that there were no more presents to unwrap and she had to go to bed. Poo! 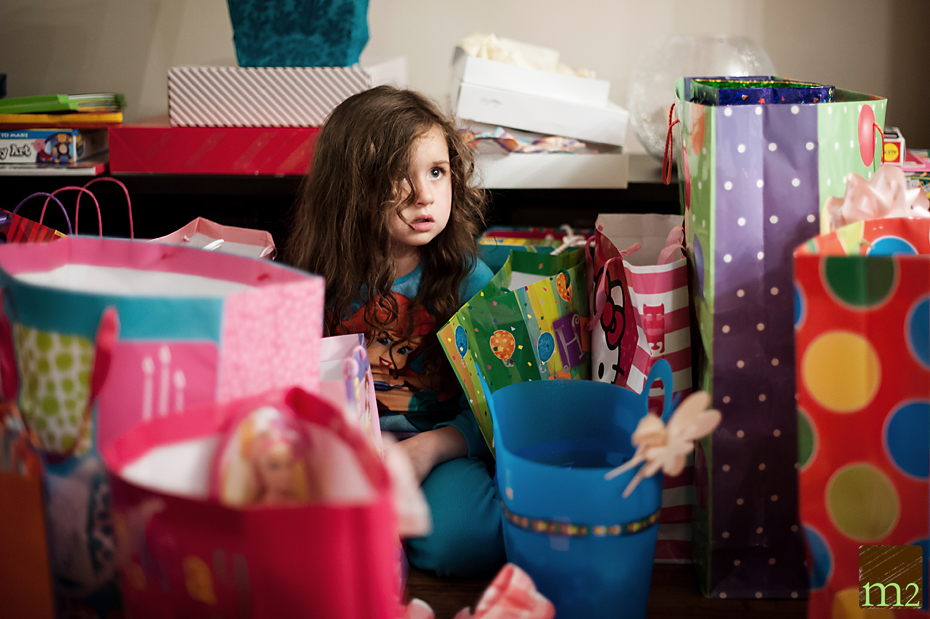 I know it was a long drive for most people, but we thank you for coming!  It really meant a lot to us.  Seeing the kids enjoy themselves made all the time, planning, and sleepless nights all worth it!

4 responses to “Tea was served!”