What do you get with a few photographers shooting with a few different cameras, using off camera flash in a really cool location?  A lot of really cool pictures.

Michael and I do not have many free Saturday nights (with babysitting).  This was one of the few.  What to do, what to do??  Oh I got it!  Let me pull out that pretty dress I bought from China (http://www.lightinthebox.com/), let’s gather a few photog friends and find that abandoned Mill we keep hearing about and make some pretty pictures.  And that’s what we did.  We spent a good portion of the late afternoon and early evening at this awesome location.

I myself love shooting, but it was nice to just sit and do nothing but look pretty.  I think it’s the “attention” high.  Usually I’m a little camera shy, but for the most part of the shoot, I did just fine (and I didn’t even have wine beforehand).  Our two photographer friends that joined us were Tom Pappa and Miguel.  Check them out and see more images of the shoot.

Below are just a few pictures taken from Michael during the shoot.

Just to clear up any confusion..  The comments below and above the images are coming from Michael.

This first image was all natural light. 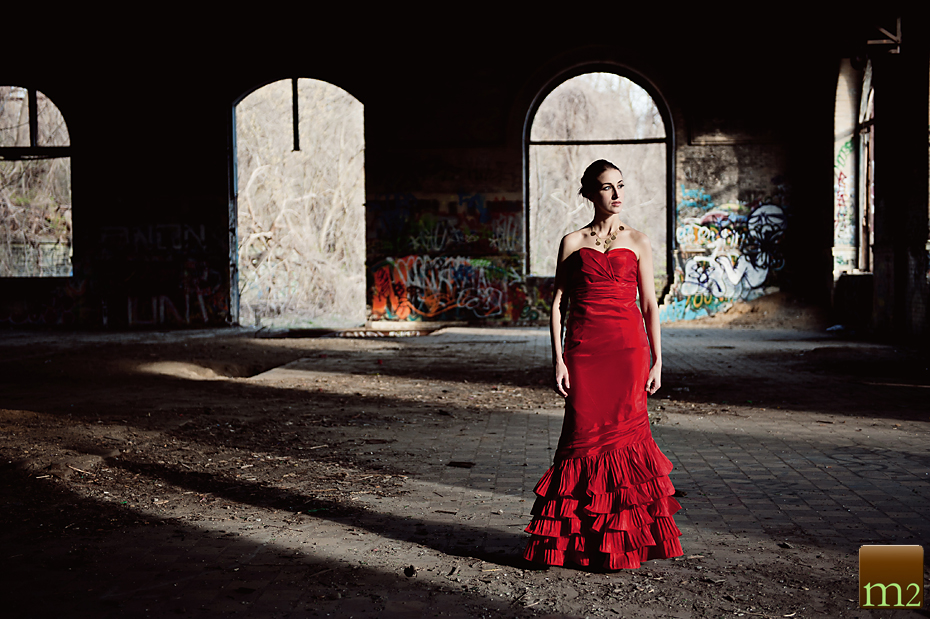 The following two are natural light as well. 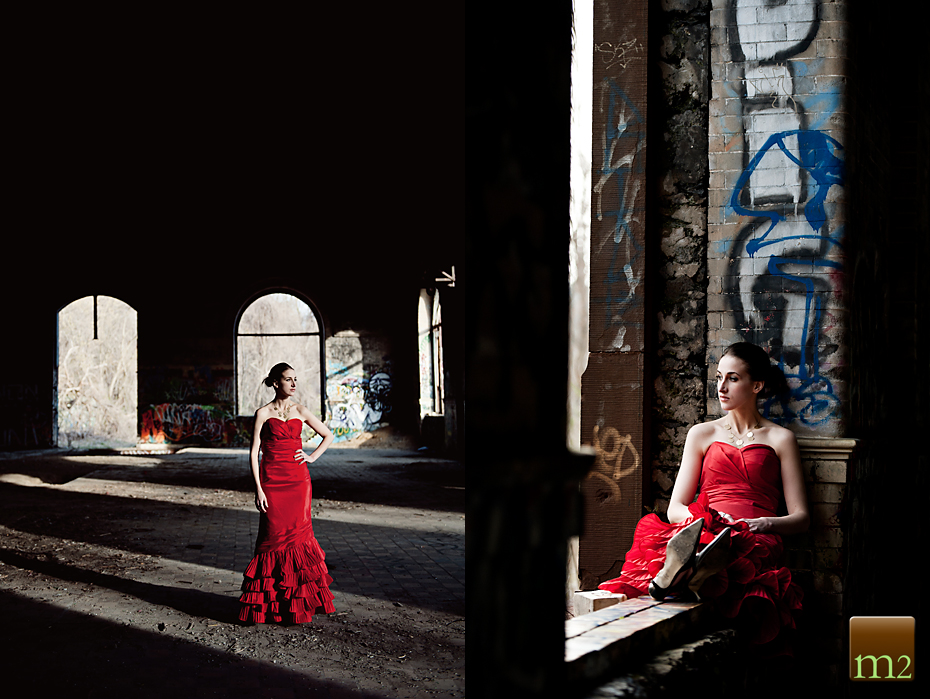 Below:  This image was taken using a beauty dish I made. 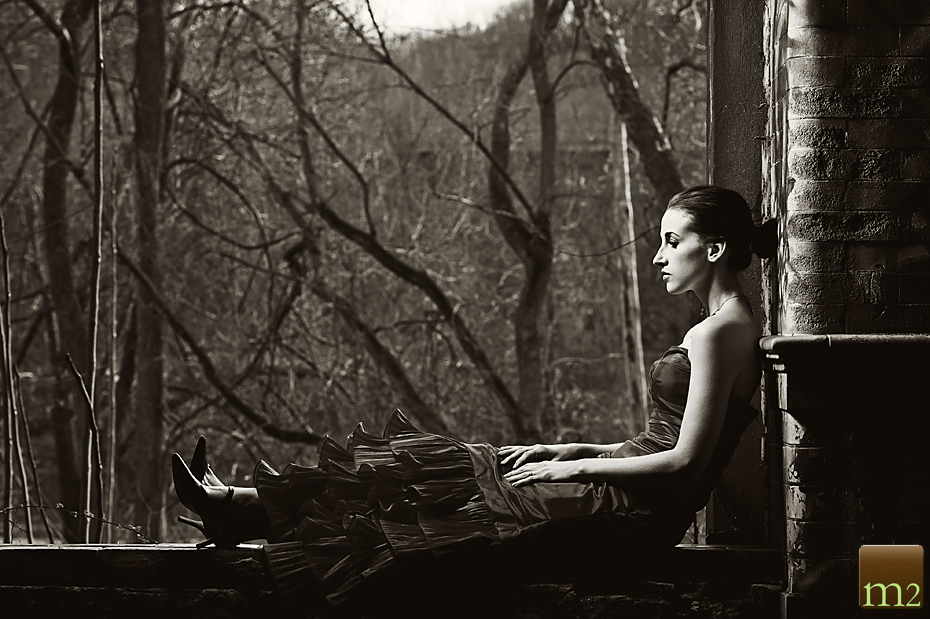 Below:  The image to the left is the setup shot for the one on the  right. 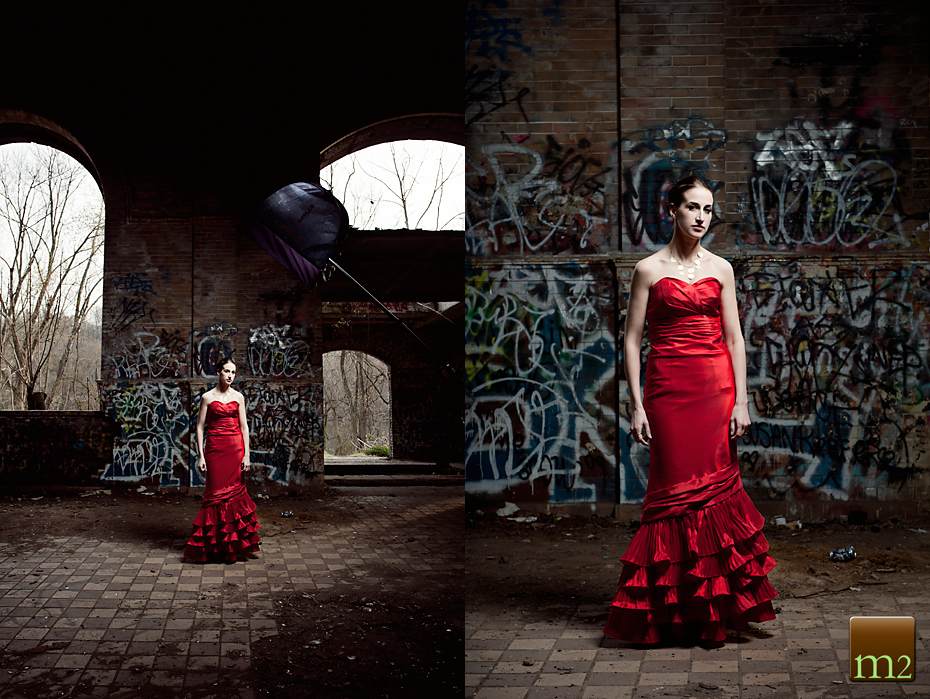 Below:  This is one of my favorites of the day.   One light was used, softbox, camera right. 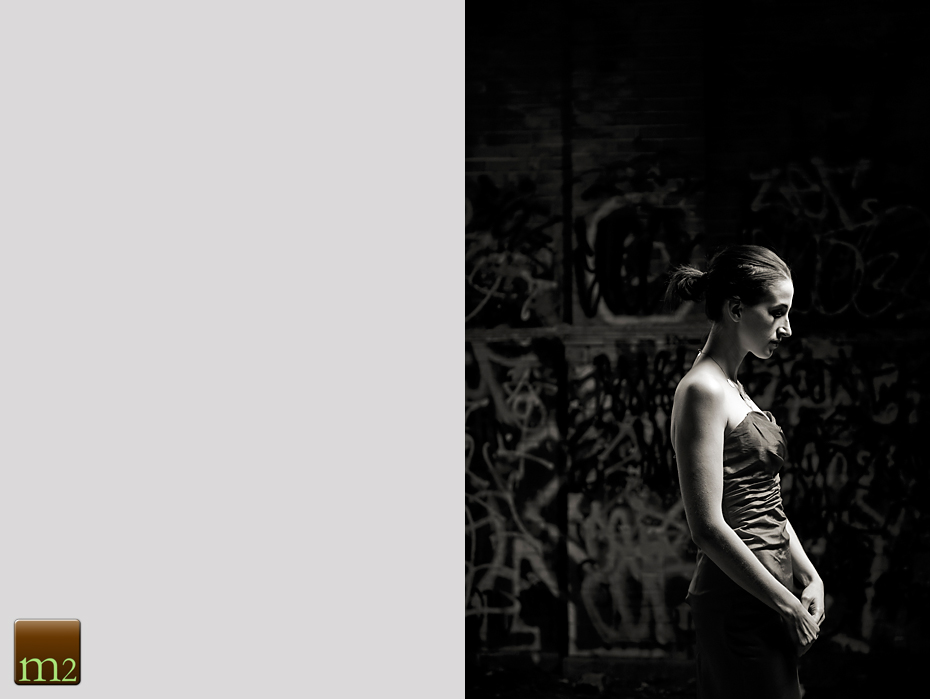 Below:  Love the colors of the graffiti.   A 60″ umbrella was used, camera  left and a bare strobe directly behind Melissa to give the shadow in front. 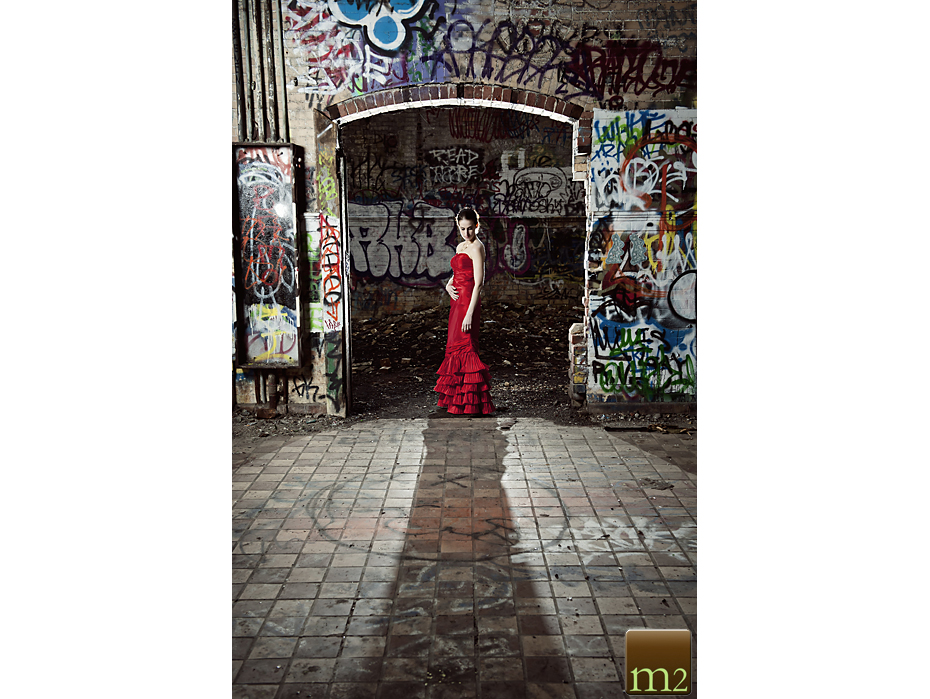 Below:  Natural light shot.  Rim light is another one of my favorite kind of shots. 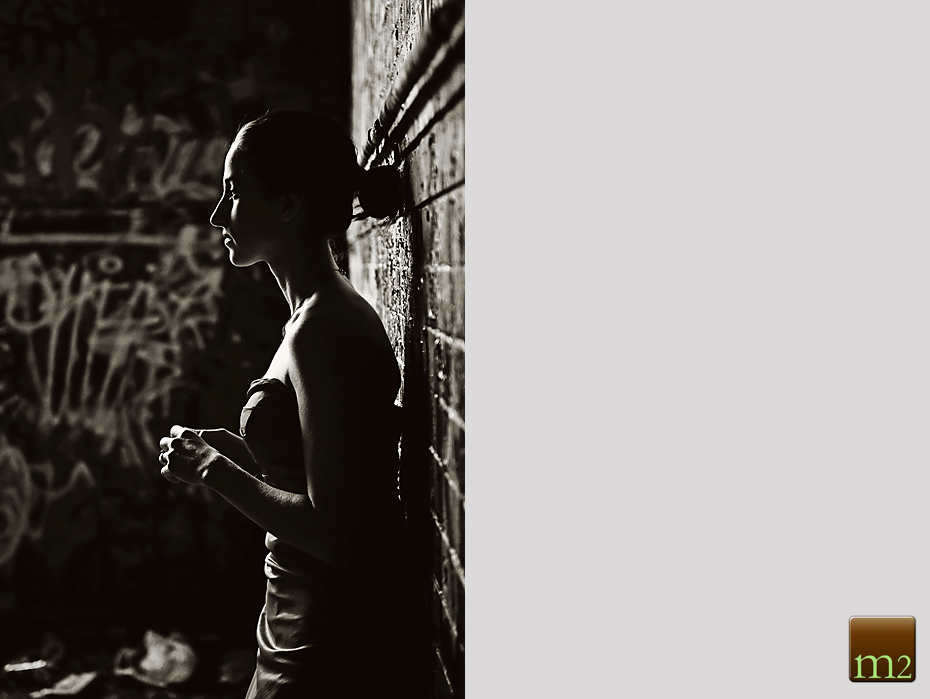 Below:  Single softbox camera right.  This dress was awesome. 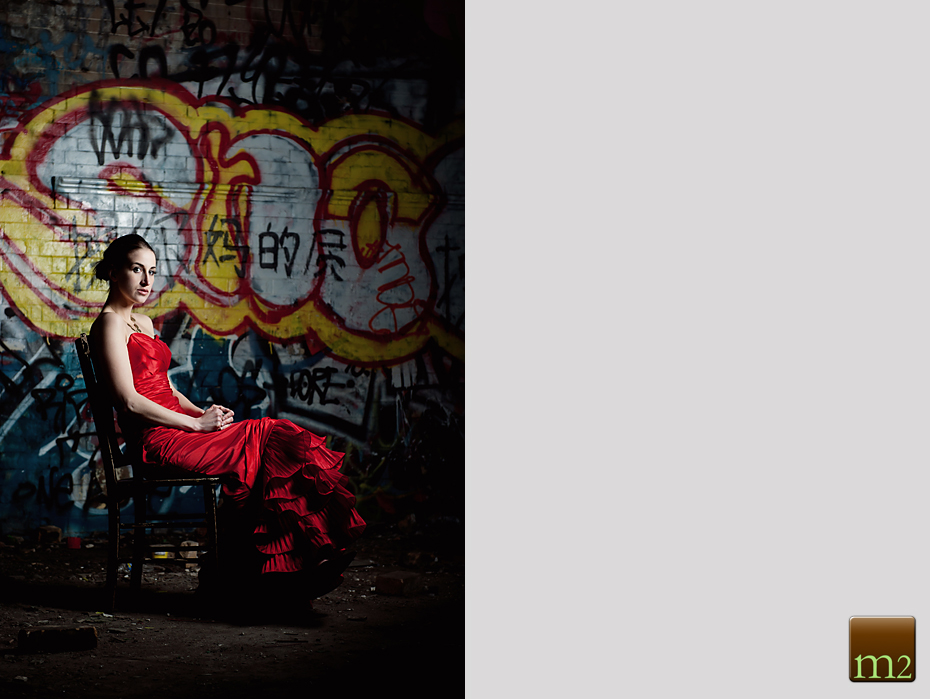 Below:  Softbox camera right.  Miguel put her on that motor so I did kind of steal the idea. 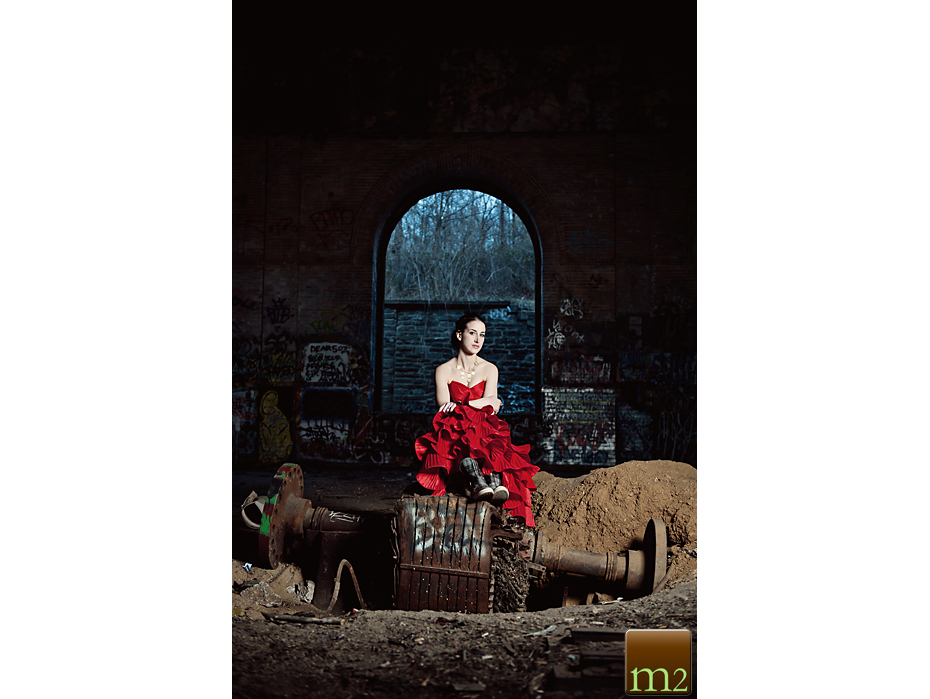 Below:  Four lights in this image actually.  I really like this shot. 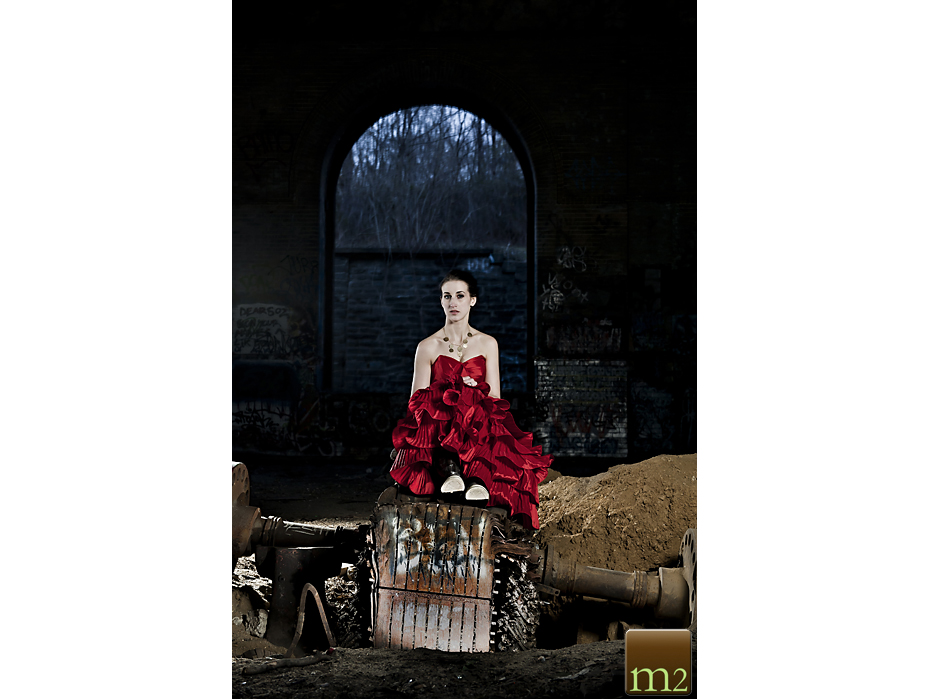 Below:  Here is the basic setup for the shot above.  I also had a flash added behind the motor to light towards the ground and add a little more depth. 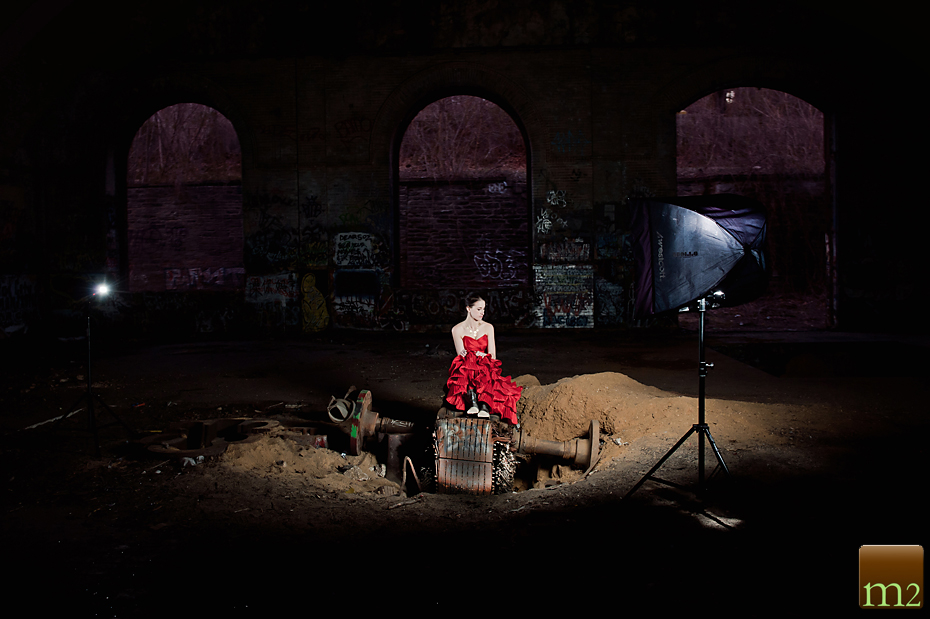 There you have it, our Saturday afternoon.  BTW, this is Melissa again.   A special thanks to Miguel and Tom (and of course my main man) for shooting and making me look pretty.  I still have a few more fancy dresses fellas!   But next time, I plan on getting more involved in the shooting action.