This past Wednesday was the girl’s first day of school.  Kindergarten.  The decision was made to separate them which was a harder on Melissa than myself.  It’s been really exciting to go through this as a parent.  I’m proud of Ava & Bella!  Unless they get held back of course.

As expected, Melissa cried most of the morning.  I have pictures to prove it too!  It wasn’t until about an hour later, after they boarded the bus, that it hit me.  They’re now in school.  First, yay.. they’re going to get a good(?) education.  Second, they’re becoming more independent and we aren’t their world anymore.  I’m excited to see them develope.  I hope we succeed in helping them becoming strong minded and soft hearted little ladies who do what they want, not what they’re expected to do.  Woah, lets not get too deep here. 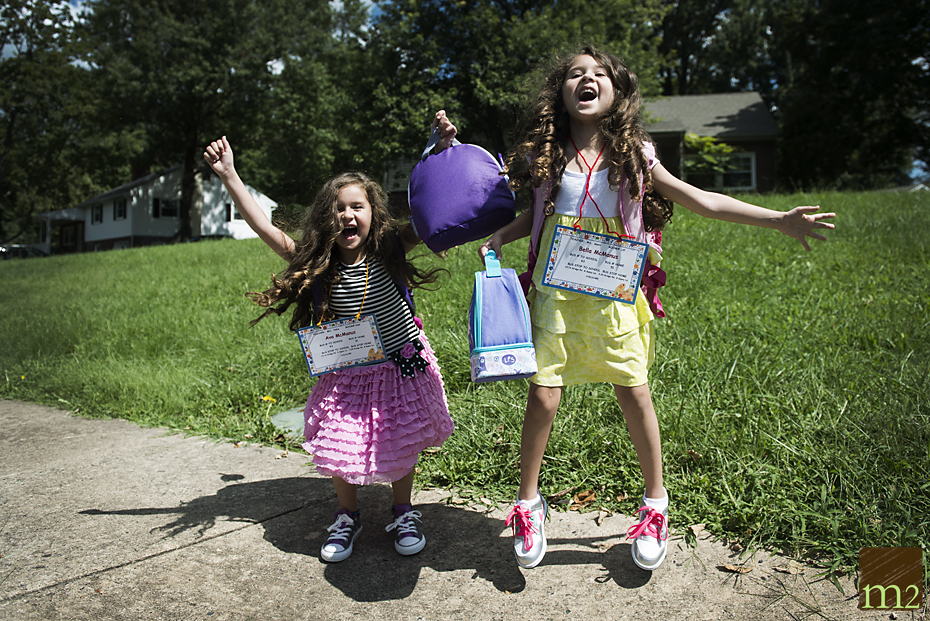 5 responses to “1st day of school”

This warm and cozy winter wedding is giving us all